Pigeons are considered the number one pest bird problem in the United States and around the world. Pigeon droppings deface and accelerate the deterioration of buildings, and increase the cost of maintenance.  Large amounts of droppings may kill vegetation and produce an objectionable odor. Pigeons can carry and spread diseases to people and livestock through their droppings.  Additionally, under the right conditions, pigeon manure may harbor airborne spores of histoplasmosis, a systemic fungus disease that can infect humans.

A physical deterrent is the best way to remove pigeons from the area. We offer various deterrents based on the amount of pressure the pigeons are placing on your structure. The deterrents are a low voltage shock track, bird slide, netting, bird spikes and optical and sticky gels. Give us a call today for a free estimate on your pigeon control solution. 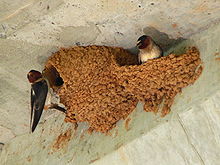 These slender, sleek birds are well known for their long migration and nesting habits. Swallows can be a nuisance in suburban areas due to their nesting habits. The mud nests damage and deface the outer walls and eaves of residences and office buildings. Buildings often end up smeared with feces from the bird colony as the droppings collect on the ground. Homeowners have also reported problems with parasites entering the house through building cracks next to the nests which poses a potential health risk to humans and animals. Swallows are a protected species and their arrival is a sign of spring for many.

Although swallows are protected under law in the summer months when they have laid their eggs in the nest. We are allowed to remove nests in the winter months once they have vacated the nest. We can also install physical deterrents such as bird slide, bird netting and in some cases a special wire that can deter them from nesting in the summer months.

The sparrow is the second pest bird in the united states. Sparrows are often a nuisance in urban areas like manufacturing and food processing plants. They build large nests relative to their size, which functions as the center of all activity. They prefer small enclosed places such as house shutters, drainage piping, building rafters and corrugated metal siding. Feces buildup can lead to structural damage from the uric acid in their droppings, plus bacteria. Fungal agents and parasites in the feces also pose a health risk.

Since sparrows are not a protected species we can take care of of your sparrow problem anytime. We control them by installing shock strip, bird netting , bird slide, or a sticky gel. 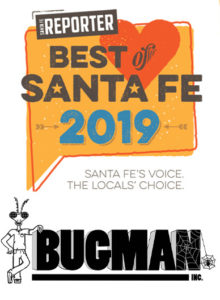